If you are shocked & appalled when people believe in wild & wacky theories, getting sucked into cults like QAnon, then boo-berry – we need to talk about diets.

Most of us have bought into an outrageous fad diet at some point.

During that time, we decided the diet was plausible. That we were “smart” for following it. That we were part of a special, exclusive group that was also clued in to the same phenomenon. There was a real fear that if we didn’t go on the diet—our health would fail. The diet demonized certain food groups, and that “demonization” provided a distinct difference from the other diets, once again “proving” that we’ve discovered something special.

Now let’s look at a conspiracy group like QAnon. Its members have decided the theories are plausible. That they are “smart” for following it. That they are part of a special group. There is a fear of the world outside of the group. The group demonizes other parts of society, further feeding their ego that they are “smarter” and more “special” than the average population.

Diet culture relies on cult-like tactics to tempt people and lure them in. Both rely on dopamine and bank on you feeling “smart” and “special” to keep you hooked. Diet culture wants you to abandon reason and your own body’s wisdom by fueling your ego with a discovery, loophole, or hack that will change everything.

And yet, every day, women sign up for the latest diet or cleanse – grapefruit, cabbage soup, cotton balls, nothing is off limits! There’s even a diet where you only eat raw organs, and fruit and vegetables are considered toxic.

These messages are aimed at women, attempting to distract us from our own mind and body.

If we want more equity and more power, we’ve got to stop getting distracted, and we must speak up when we see other women getting sucked into the cult.

My passion is to teach clients and train Coaches how to shut down the noise, tune in to their bodies, and stop participating in the cult of diet culture.

Every single day, women and young girls around the world are being fed this toxic message. The diet industry is a $60 billion (and growing) industry that locks us into a vicious cycle of negativity and constant self-loathing.

And it’s our job as women to stop it. So what can we do?

Get Certified. Consider becoming a BARE certified coach to dive deep, heal yourself, and help other women and girls to stop dieting, depriving, restricting, and punishing – and start taking up more space in the world by using their voice and strength.

Spread the Word. Watch my TEDx talk – If We Want a Better World, We’ve Got to Kill Diet Culture. Share it with a friend, on social media, or both.

Set Boundaries. Make a promise not to participate in diet culture. If someone comments on your body, let them know, “My body is not taking comments.” Shut down diet talk at the dinner table and everywhere. Compliment women on things other than their “weight” or their “looks.” Speak up when a company is exploiting women and using diet culture in their marketing.

No more hiding. No more covering up. We are done shrinking ourselves to become quieter and smaller.

Opt-out of the cult and you’ll truly start living. 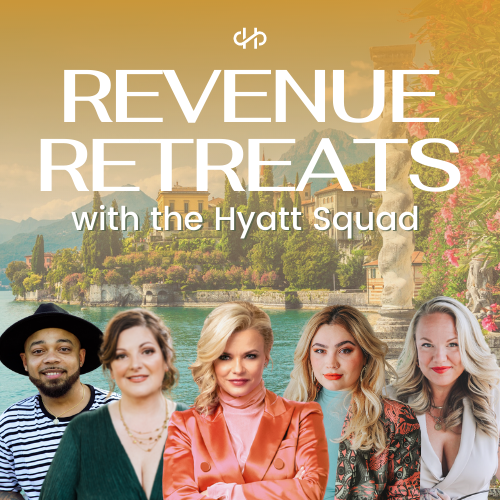 Gotta bad case of The Gottas? How to let it all … go.