What’s your definition of a “badass?”

Is it someone tough and uncompromising – in an intimidating way?

Or someone tough, resilient, and confident – who is KIND?

In today’s episode, I talk about a time someone told me I wasn’t a badass, why being kind means you’re a real badass, how to speak up with kindness, and how to create your “no-shame” squad.

I recently hosted a town hall event live from New York City called ‘The State of the Life Coaching Industry.’ We discussed so many important topics regarding our industry and the changes that are desperately needed.

There’s a misconception in the coaching world that “badass” equals punching down on other women coaches, publicly, with the intention of drawing business away from them and over to you. I think you’ll find in this episode, and in our townhall presentation, that there is truly another way.

In this episode, we discuss:

Featured on the Show:

If you’re running a coaching practice or service-based business and want to earn $100k and beyond, check out our ON THE SIX mastermind. Enrolling now!

Want to get paid to change lives? Get certified at The University for Life Coach Training.

Sign up for the free ‘Tis the Season Holiday Challenge!

I’m filming my very own HOLIDAY SPECIAL this week. Get ready for some laughter, cheer, and serious O-M-G moments! Coming soon… to a laptop near you.

Want to jet off to Italy with me next September? It’s all happening at a breathtaking villa on the Amalfi Coast overlooking the Mediterranean Sea - September 24 - October 1, 2022. To register, make a deposit here.

A year-long mastermind experience for coaches, consultants, service-based entrepreneurs, and online business owners who want to secure that bag and earn $100k...and beyond!

Our mission is to help you feel confident, powerful, and mentally and physically strong so you can help others do the same.

If you want to shatter glass ceilings and make history, the BARE Coach Certification was custom-made for you. 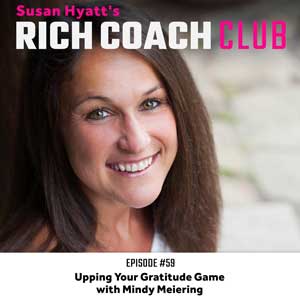 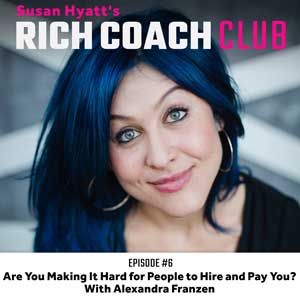 RCC 6: Are You Making It Hard for People to Hire and Pay You? With Alexandra Franzen