Here are a few comments I received on my latest Facebook ad campaign:

She looks like a reptile.
Her makeup is aging her.
That’s A LOT of eye makeup – heavy around the eyes.

It’s important to note that these comments did not come from faceless trolls – they were made by women, with public profiles, whose profiles were filled with memes on “empowerment.”

I share these comments not because I’m trying to build a vigilante army to tackle the trolls.

If you’re doing important work in the world, then you’ve gotta handle the haters.

I want to share with you the importance of shifting your mindset around the meanies — how to deal with hate mentally and emotionally.

My first recommendation is to make their criticism your FUEL — not your downfall. If they poke fun at your makeup, your hair, or what you wear — dial that sh*t up! If they say your voice is annoying, use it more. Double-down on what they hate. This will bounce those haters right outta your space and invite in more of the people you want to serve.

Use the hate as INSPIRATION for your mission. Getting negative comments is the perfect #inspo for your own content, products, and programs. I created my entire BARE brand based on haters. Their misogyny and fatphobia have helped me change people’s lives worldwide.

And if you feel tempted to people please and get the haters to like you? Listen to the wise words of Tina Fey:  “Don’t waste your energy trying to change opinions…Do your thing, and don’t care if they like it.”

Finally, their hate is the perfect way to strengthen your COMMITMENT. Whatever your cause, mission, or movement – it’s time to burn up those excuses and do it.

In this episode, we discuss:

Featured on the Show:

A year-long mastermind experience for coaches, consultants, service-based entrepreneurs, and online business owners who want to secure that bag and earn $100k...and beyond!

Our mission is to help you feel confident, powerful, and mentally and physically strong so you can help others do the same.

If you want to shatter glass ceilings and make history, the BARE Coach Certification was custom-made for you. 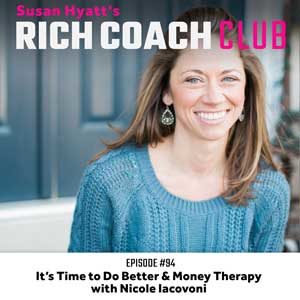 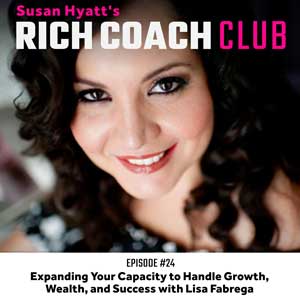 RCC 24: Expanding Your Capacity to Handle Growth, Wealth, and Success with Lisa Fabrega